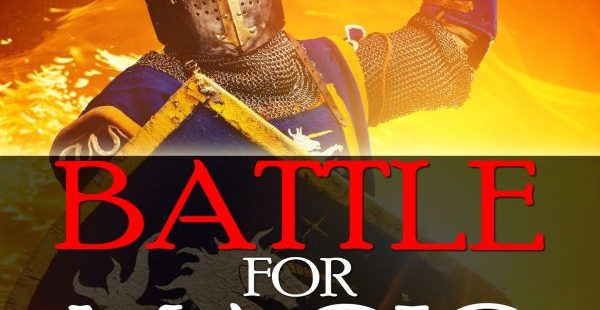 The Battle for Magic: Hand of Fire 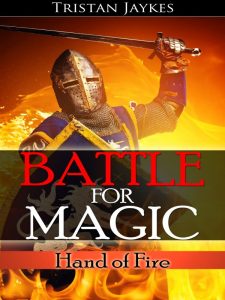 Hand of Fire (Book 1) – In a world where magic is commonplace and creatures of lore exist alongside humans, peace reigns over the land. With the last war to be fought over 2 years ago, a blanket of peace has settled over the land, allowing for prosperity and order to blossom. Anglozia has always been a magical place, the inhabitants know of no other way. Almost all humans are born with the innate ability to control at least one element and there are some who are even able to control more. Magic is second nature to Anglozians. Under the comforting folds of peace, though, a plot has been hatching for years, and should it be seen through to completion the entire nation of Anglozia would be left without magic, save for the handful who stole it. Tratfort is the largest city in southern Anglozia and the Tratforts themselves are a noble and fair family, devoted to upholding values of fairness and justice. With thousands of soldiers protecting their enormous city, Tratfort would seem an unconquerable fortress – that is by traditional methods. Tobias is a guard serving the Tratfort cause; only he is bored and passionless about his duty to Tratfort. He did not sign up to guard a stone wall. He signed up to fight and deal out justice to would be criminals and enemies of the Tratforts. After 2 years of service, staring out over the land from the stone ramparts of the city, Tobias craves adventure, something more than the monotony he finds himself smothered with. Tobias is granted his wish for adventure when one evening he is thrust into a dangerous situation that almost costs him his life. Elistra, the owner of The Stuffed Weasel Inn is in love with Tobias and will follow him wherever he goes. Together by a stroke of fate, Tobias, Elistra and Gargan – a warrior who offers Tobias a way out – are all about to embark upon a quest that will test their limits and change their lives forever.

You may want to read the second book in the series – Battle For Magic: Daggerfell.  There are also books 3 and 4 for your enjoyment- (Book 3)-Awakened and (Book 4)-The Power Within.