Christmas Can Be Murder 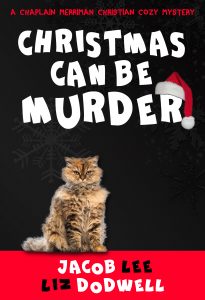 Retired army chaplain Dexter Merriman rides a vintage Harley, has a cat named Baggins and is a dead ringer for Santa Claus. He also has a knack for murder – well, inadvertently getting involved in them, that is, and when Dex finds a dying woman on the side of the road he’s catapulted into a sordid tale of deception.
Dex is determined to hunt down the killer who left a small boy orphaned, but the cast of likely suspects is long. For help he turns to Crazy Maisy, the old woman who lives in the woods; “Beans” Mallozzi, one of the men he counsels through a prison ministry; and, of course, his faith.

Comments are closed, but trackbacks and pingbacks are open.